University Rankings and Institutional Affiliations: How can Librarians Help? 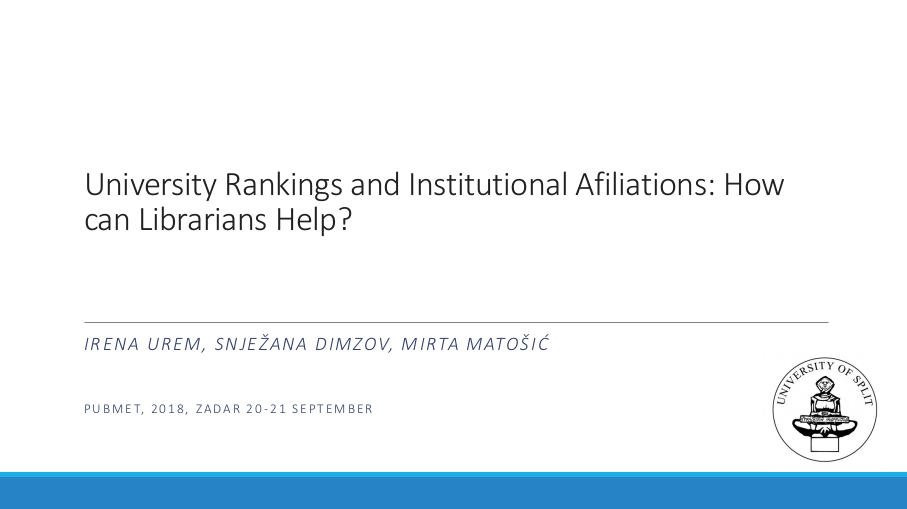 Aim: Croatian as well as international higher education institutions (HEI) rely on the university ranking lists as one of the methods for institutional performance evaluation of HEI (1). There area number of international university ranking lists, among which the most popular are Academic Ranking of the World Universities (ARWU) – Shanghai Ranking, Webometrics Ranking of World Universities, Times Higher Education Ranking (THE) and Quacqarelli-Symonds Rankings (QS) (2).The organizations behind these ranking lists utilise various calculating methods based on which they determine the universities’ place on a scale, providing these institutions with lower or higher visibility in the academic world. One of the criteria used for university rankings is the scientific output of its researchers. The data on research productivity is mainly collected from the bibliographic and citation databases such as the Web of Science Core Collection (WOSCC)and Scopus. The accuracy of the collected data depends on, among many other things, the institutional affiliations authors state on their papers (3). Another reason for inaccurate data,aside from incorrectly stated institutional affiliation, can be related to the errors during indexing process by Clarivate Analytics or Elsevier. The aim of this paper is to show that correctly stating the institutional affiliation in the scientific articles indexed in the WOSCC and Scopus databases,affects the number of papers attributed to that institution.

Results and Discussion: The results show that authors use different variants of names as their institutional affiliations, hence when searching by the listed affiliation a certain number of papers cannot be attributed either to the University of Split or to a particular faculty. The first step of the possible solution to this issue is producing the guidelines on how to correctly state the affiliation to the University and its faculties or departments when submitting scientific articles to be published. The role of the academic libraries is to include in the education on searching the databases and other library resources the information about the rules and the importance of correctly stating the institutional affiliations. If, however, this kind of error still happens, the academic librarians are likely to detect it, and one of their roles could be to point it out to the authors.

Conclusions: Such errors in the bibliographic descriptions lead to a smaller number of papers that were attributed to the University of Split and its faculties or departments. This may have also had an impact on some faculties’ position within the University, as well as on its placement on the international university ranking lists. Also, by regulating the institutions’ names when listed as authors’ affiliations, a higher quality analysis of scientific productivity in self-evaluations and comparisons with similar universities across the world could be done. 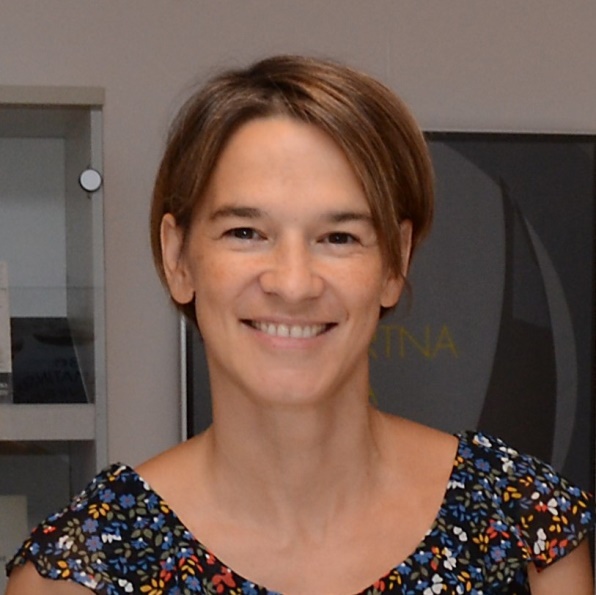