Openness in science and higher education 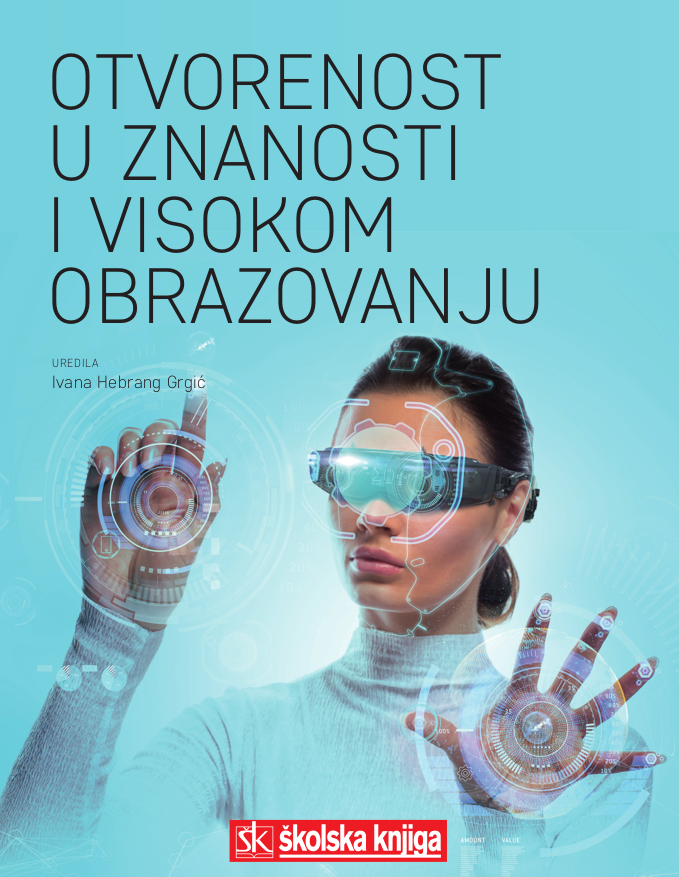 Book Openness in science and higher education is published in Croatian language (with preface and abstracts in English). The book consists of 19 chapters written by 31 authors who are scholars and professionals from various fields and who deal with some form of openness in their everyday work.
Editor of the book is Ivana Hebrang Grgić, Croatian scientist and information specialist whose main interest is scholarly communication. She chose various authors that could provide the broadest possible insight into the state of openness in Croatian science and higher education.
The purpose of the book is to discuss positive aspects of openness and its impact on the development of science and higher education. Some negative aspects are discussed as well (e.g. the enormous amount of freely available information on the Internet that does not guarantee the quality of the information).
There are four thematic parts of the book. In the first, Open Science, there are six chapters: The Philosophical Paradigm of Openness in Science and Society, The Progress of Open Access in Croatia, Ensuring Open Access to Scientific Publications: Who, What and How?, Open peer review, Open Research Data and Open Innovativeness: Indicators and Measurement.

The final, fourth part of the book, Examples of Achieving and Promotion of Openness in Science and Higher Education consists of six chapters giving examples of one OA repository, three OA journals and two societies that promote openness.
The last chapter, which is the only one written by foreign authors, puts Croatia on the map of European and global trends in promoting and implementing openness. There should be no barriers in open science and open education, either financial, geographical, or any other. Even scientific texts and educational materials in “small” languages such as Croatian have become more visible and have more impact, helping Croatia to get involved in global scientific and higher educational trends as well as economic, cultural and other developments.
Therefore, this book targets a very wide readership – scientists, professors, students, information specialists, financiers, editors of journals and repositories, programme developers, activists, but also the entire Croatian and, thanks to English abstracts, global public.