Since in beginning of Zagreb Medical School many first professors were mostly Croatian (or other Slavic) origin educated in well-known universities of former Austro-Hungarian monarchy, or some have been refuges from new formed Soviet Union. They brought high scientific standards of best Western Universities. Available documents are scared but measurement of scientific output, in spite of difficulties, showed high incorporation into international scientific community. Similarly to that new professors were elected by Faculty Board by voting of its members. Second World War had devastating effect on scientific output of Medical School. In recovery after that, in spite of alliance of former Yugoslavia with Soviet Union Medical school adopted classical German model habilitation as a key event in beginning of academic carrier. Habilitation written in the form of monograph was presented in front of Faculty board who then voted about eligibility of candidate for election. In 1954 fist PhD Thesis were defended, which over the year became obligatory for Faculty staff – while in after 1980. Habilitation slowly vanished. However in this period till middle of 80s our international visibility (scientometric data from SCI) was going down. As a consequence second part of 80-ies was characterized by discussion, even confrontations about requirement of publications in CC and SCI for academic promotion. Finally the compromise was reached and standards did not change much up to now.  Current scientific standards and outcome of Croatian Medical will be discussed.

Short Biography:  Zdravko Lackovic, MD, PhD Professor of Pharmacology at School of Medicine University of Zagreb. He was a Visiting Scientist at the Laboratory of Preclinical Pharmacology, NIMH, Washington D.C. (1979-1981) and in 1994-1995 he spent a sabbatical as an Established Visiting Scientist, Abo Akademi University, in Turku, Finland. Beside research in the field of neuropharmacology, leadership of several Croatian and collaborative international projects, he held shortly the Chair of the Department of Pharmacology (1983-84). Vice Dean for Science in the period from 1985-1991 with a task to make criteria for the academic advancement in line with European standards. President of Croatian Pharmacological Society 1998-2002. Founder and director of the PhD Program at the University of Zagreb, School of Medicine (founded in 1998), and the Deputy Dean for PhD education. After organizing two European conferences (2004 and 2005) on harmonisation of PhD program in biomedicine and health sciences, he became originator and the first president of ORPHEUS (ORganisation of PhD Education in Biomedicine and Health Sciences in the EUropean System, http://www.orpheus-med.org ). Now honorary member. Regular member of the Academy of Medical Sciences of Croatia. Honorary Professor of Karaganda State Medical University (KSMU). State (Croatia) Award for Science 2013. 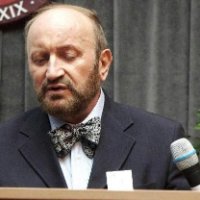